Mr. Percy is currently contributing to the Millennium Ecosystem Assessment of the United Nations as Coordinating Lead Author with respect to its Conceptual Framework and its Responses working group as well as leading the writing of its synthesis report for business and industry. 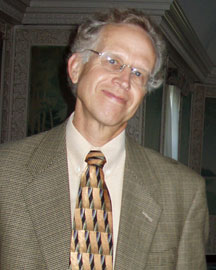 Steve Percy is the former Chairman and CEO of BP America, Inc., BP's U.S. subsidiary prior to its merger with Amoco Corporation, and served in that capacity from 1996 until 1999. Prior to assuming those duties, he was President of BP Oil in the U.S. from 1992 to 1996. Mr. Percy returned to BP America in 1992 from London, England, where he served as Group Treasurer of The British Petroleum Company p.l.c. and Chief Executive of BP Finance International.

Since retiring from BP he has served as the head of Phillips Petroleum's Refining, Marketing and Transportation Company, visited as a Professor of Corporate Strategy and International Business at the University of Michigan Graduate School of Business, and conducted workshops on corporate governance for the AHC Group, a strategic consultant in the areas of environment, energy, and materials.

Mr. Percy is currently contributing to the Millennium Ecosystem Assessment of the United Nations as Coordinating Lead Author with respect to its Conceptual Framework and its Responses working group as well as leading the writing of its synthesis report for business and industry.

Mr. Percy is a member of the Board of Directors of Omnova Solutions Inc. and is Non-executive Chairman of Wavefront Energy and Environmental Services Inc., a Canadian company that has developed and commercialized innovative technologies for fluid flow and process monitoring in the environmental and energy sectors.

Born in 1946, Mr. Percy is a native of Cleveland, Ohio. He earned a Bachelor of Science in Mechanical Engineering from Rensselaer Polytechnic Institute, a Masters in Business Administration from The University of Michigan and a Juris Doctorate from Cleveland Marshall College of Law. He is a member of the Ohio State Bar.

Mr. Percy joined The Standard Oil Company (predecessor of BP America) in 1976 following service in the U.S. Army and several years with Babcock & Wilcox as a Senior Planning Analyst. His posts with Standard Oil included Manager of American Flagged Marine Transportation, Manager of the Eastern Crude Oil Division, Director of Operations Analysis, Director of Downstream Strategic Planning and Development, and Director of the Executive Office. In 1987, following the merger of BP and Standard Oil, Mr. Percy moved to London to become Manager, Oil Planning and Control in BP Oil International.

Past corporate board memberships include GenCorp, Inc., the Tranzonic Companies, KeyBank National Association, and Transtar International.

Previously, he has served as a member of President Clinton's Council on Sustainable Development in the role of Co-Chair of its Climate Change Task Force. He has Chaired Cleveland State University's Foundation, held the position of Vice Chairman of the Greater Cleveland Growth Association and Chair of its Finance Committee and Chairman of Neighborhood Progress, Inc. He has also served as a member of the boards of University Hospitals of Cleveland, the American Petroleum Institute, the National Association of Manufacturers, the British American Chamber of Commerce and the Council on Economic Priorities.

Mr. Percy is married to Barbara, a math educator, and has two grown daughters.