People will accept your ideas much more readily if you tell them Benjamin Franklin said it first.
~ David H. Cumins

Dr. Bruce Piasecki has served, since 1981, as the founder and chair of AHC Group Inc., a general management consulting firm specializing in growth, energy, environment, and sustainability. Additionally, he has chaired the working group for reinventing the Environmental Protection Agency, served on the EPA’s Executive Advisory Council, and was appointed to the White House Council on Environmental Technology.

Over the years, Dr. Piasecki has run tenured professional educational programs and degree programs at Cornell University, Clarkson University, and Rensselaer Polytechnic Institute. At RPI, he was one of the first to develop a Master’s of Science degree in Environmental Management and Policy, with award-winning students from around the world.

Backed by his Premiere Speakers agency, Dr. Piasecki speaks on select topics, such as “Going Global, Going Green”; “To Master the Task of Tomorrow, Manage the Challenge of Today”; and “Money Doesn’t Manage Itself.” Throughout his career, he has also authored a dozen books to date, including the New York Times and Wall Street Journal bestseller, Doing More with Less: A New Way to Wealth. Recently, Dr. Piasecki penned New World Companies: The Future of Capitalism, along with Missing Persons, a creative autobiography published by Square One.

Dr. Piasecki earned a Bachelor of Arts from Cornell in 1976; and a Doctor of Philosophy from Cornell in 1981. Dedicated to his environment and community, Dr. Piasecki contributes through a family-based community trust called “Creative Force Fund.” Recently, his book on globalization, World Inc, has appeared in ten foreign editions, including Japanese, Korean, Italian, and Greek.

He sits on the Board of Advisors of The Medical Society Consortium on Climate and Health, an organization representing over 600,000 clinical practitioners. He also serves as a Board Member for Osiris Labs, a virtual reality immersive learning organization.

Due to his outstanding efforts in the field, Dr. Piasecki was honored for his lifelong achievement by being elected to the Lotos Club in Manhattan, as well as the National Press Club. His work has been featured in the Los Angeles Times, the Baltimore Sun, and Technology Review, Albany Times Union, and New York State Writers Institute Trolley journal. Several business-related biographical chapbooks were published in 2020.

Dr. Piasecki has recently completed an homage to Ben Franklin titled A New Way to Wealth., a nonfiction book that Kirkus Reviews characterizes as a “plea to embrace frugality in all aspects of life”: 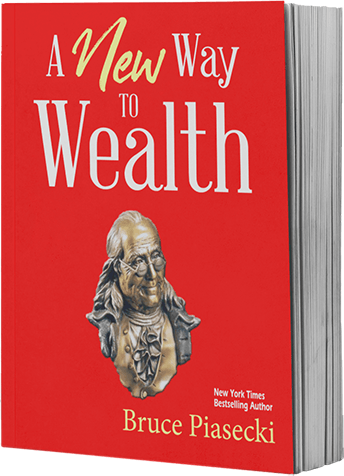 This work uses Franklin’s book The Way to Wealth as both an inspiration and a framing device. Piasecki encourages readers to pursue “competitive frugality,” improving outcomes by doing more with less on both the personal and global levels. Each chapter opens with a Franklin quotation that introduces the concept Piasecki explores in essays that often deliver intriguing asides….
Continue reading at Kirkus Reviews → 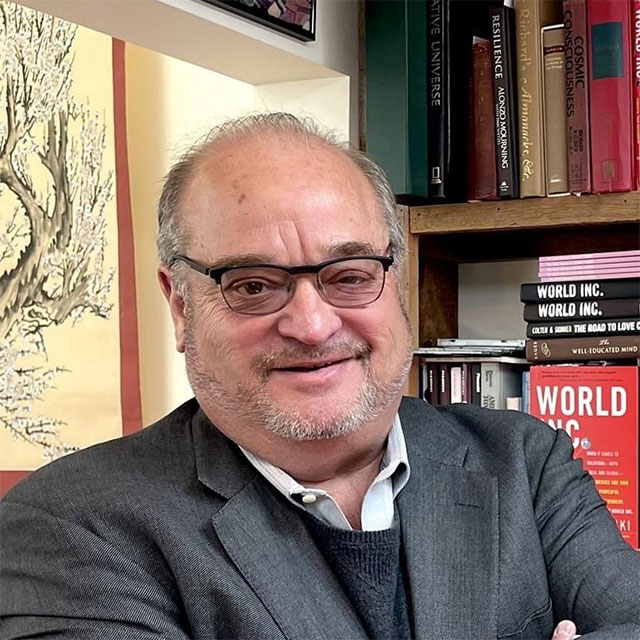 In the past Dr. Piasecki’s talks were represented by Leading Authorities and Premiere Speakers Bureau. Since Covid hit, Bruce decided to represent his travel and international talks directly through [email protected].

“Self-Awareness and the Global Consumer”

“Delivering on the Bottom Line”

“Doing More with Teams: The New Way to Winning”

“Doing More with Less: The New Way to Wealth”

An Homage to Caffè Lena

In 1960, Lena Spencer opened her coffeehouse in Saratoga Springs, New York. The world grew tall around her place. As in Wallace Stevens’ magical poem about “a jar in Tennessee,” the place grew tall because many people came round and saw the tallness in this small, entrancing place. A former woodworking shop became a venue of innovation and inclusion.

Other Books by Dr. Bruce Piasecki: 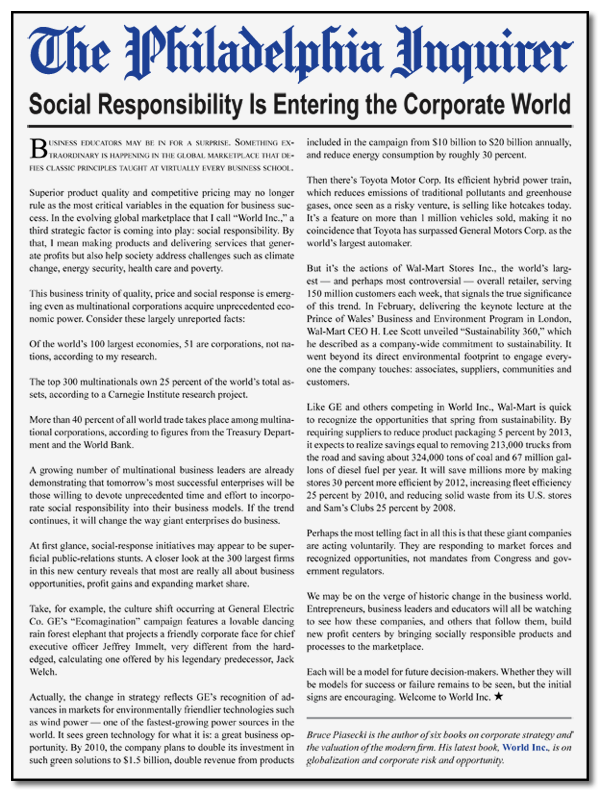 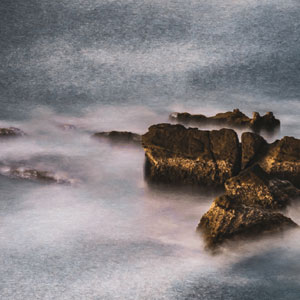 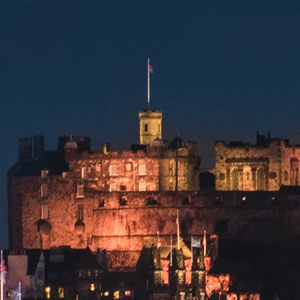 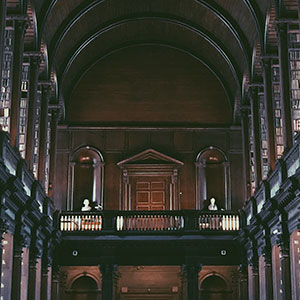