Mr. Loy’s portfolio includes developing U.S. international policy and conducting negotiations in the fields of the environment and climate change, human rights, the promotion of democracy, refugees and humanitarian affairs, and counter-narcotics.

Frank Loy has served in five Democratic administrations, having been appointed by Presidents Carter, Clinton, and Obama to senior State Department posts after serving in the administrations of Presidents Kennedy and Johnson.

He was Under Secretary for Global Affairs in the administration of President Clinton. His portfolio included leadership in the areas of human rights, the environment, and climate change; the promotion of democracy; refugees and population issues; humanitarian affairs; and counter-narcotics. He was the lead U.S. climate negotiator for three years. In 2011 President Obama named him Alternate U.S. Representative to the 66th Session of the U.N. General Assembly.

Since 2003 he has funded the annual Frank Loy Award for Environmental Diplomacy, awarded to State Department officers working in the field of climate or the environment.

Under President Carter, he was Director of the Department’s Bureau of Refugee Programs, with the personal rank of Ambassador. This was a time of large and politically complicated refugee populations, such as Afghans in Pakistan, Cambodians in Thailand, and numerous African refugee populations. It was also the period of Vietnamese and Haitian boat people seeking safety and asylum, as well as the Mariel boatlift, during which 125,000 Cubans came to the United States in a three-week period.

In the Johnson Administration, he served as Deputy Assistant Secretary for Economic Affairs. He led negotiations that created the Intelsat consortium, the operator of the first global satellite communications network. He negotiated multilateral aviation and shipping agreements, as well as numerous bilateral air transport agreements. His first government post was as special assistant to the Administrator of the FAA.

During 2007 and 2008, he served in the Obama Campaign as a co-leader of the Energy and Environment team, and as a member of the National Finance Committee.

He spent some 10 years in the business sector, first as Senior Vice President of Pan American Airways. He was responsible for securing all operating rights for its airline and hotel operations, as well as directing Pan Am’s extensive technical assistance programs to fledgling airlines of developing countries, and supervising its minority interests in national airlines of a number of those countries. Later he oversaw, in addition, Pan Am’s U.S. government affairs office.

In 1974 he became a founding partner of the turn-around firm that brought the Penn Central Transportation Company out of bankruptcy. This was then the largest industrial bankruptcy in U.S. history. He subsequently became president of the New York Stock Exchange-listed company that emerged from that bankruptcy.

From 1981 to 1995 he served as president of the German Marshall Fund of the U.S., an American foundation focused on US/European political and economic relations. Following the fall of the Berlin Wall, GMF concentrated the bulk of its resources on promoting democratic institutions (such as an independent press, a functioning legislature, effective political parties, an independent judiciary, a civil society of non-governmental institutions, etc.) in former Soviet-bloc Eastern European countries.

Over the years he has served on a variety of corporate boards, including Madison Square Garden, Pharmaceutical Product Development, Applied Bioscience, Buckeye Pipeline, Arvida, and Six Flags theme parks. He now serves on the External Citizenship Advisory Panel of ExxonMobil.

At present he devotes his time to boards of non-profit organizations, principally in the field of the environment and climate change:

The latter two organizations reflect his continued interest in German–American affairs. In recognition of his long-time service, the President of the Federal Republic of Germany, in November 2010, awarded him the Grosses Verdienstkreuz des Verdienstordens der Bundesrepublik Deutschland, Germany’s highest civilian award.

Over the years he has chaired numerous other non-profit boards, including Goddard College, the League of Conservation Voters (where for one year he also served as president), and Environment2004, a “Section 527” political organization that sought to elect the Democratic candidate for President in 2004.

Early in his career, after service in the U.S. Army, he practiced corporate and corporate finance law in Los Angeles with the firm of O’Melveny & Myers. He has taught a course in Environmental Law and Policy at the Yale Law and Forestry Schools.

He is a graduate of UCLA and the Harvard Law School, and is a member of the American Academy of Diplomacy and the Council on Foreign Relations.

He lives in Washington, DC, with his wife, Dale, a painter; and has two children, Lisel and Eric, and four grandchildren. 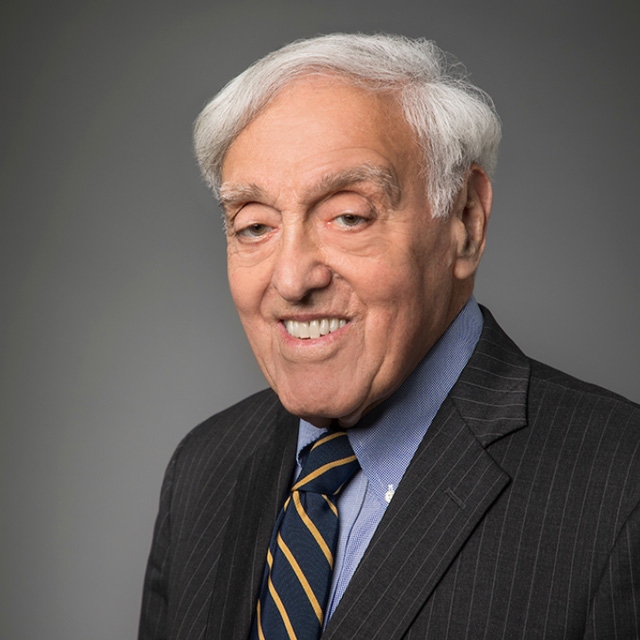